My husband is in the middle of relocating his business, so I’ve taken a bit of a break from crafting.

He’s an Horologist; a clockmaker.

And after 31-years in the same location, he has hundreds of thousands (okay, that might be just a bit of an exaggeration – but not by much) of clock movements that he has removed from old clocks. I’m sure there are a lot of you out there who would pay good money for all those pieces-parts. I can’t believe I don’t make anything with them. Maybe some day.

Anyway, it’s taking days and weeks to get his “stuff” packed up for the great move of the century. But, it’s raining tonight, so I get to take a break and do a little crafting.

I saw a picture of this project on Facebook, and immediately went to my local Dollar Tree in search of some pretty silks. I bought enough for two; one for me and one for my Box Buddy, Joyce. 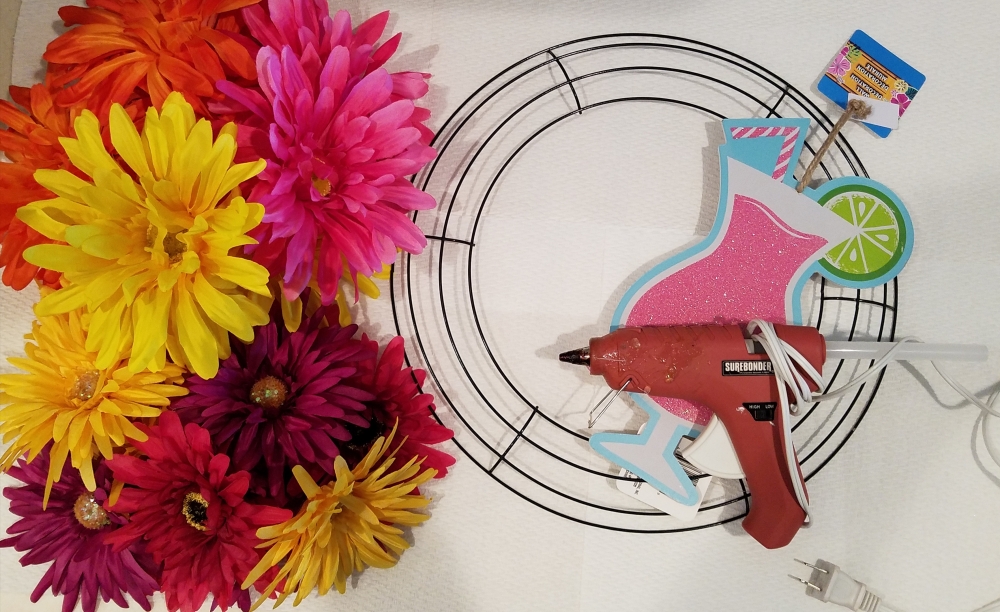 All of the supplies were purchased from my friendly Dollar Tree that they built only a mile away from my house – just for me. The wreath form, the sign, and the large flowers were $1 each. The small flowers were two for $1. The total cost for this project was $15 and it only took about 30-minutes.

Because of the use of a hot glue gun, I don’t recommend this project for small children. 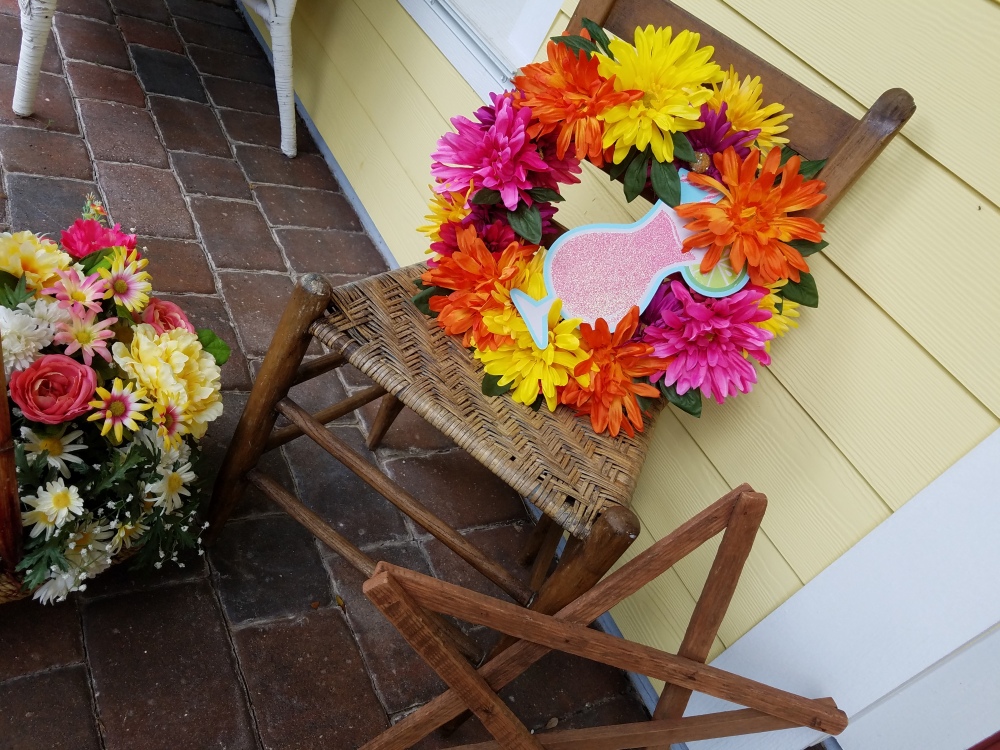 Let’s get started. The first thing I did was remove the long stems from the large flowers and remove the smaller flowers from the cardboard backing they were packed in.

Then I laid out the flowers on the wire wreath form to get an idea as to how I’d like the wreath to look. 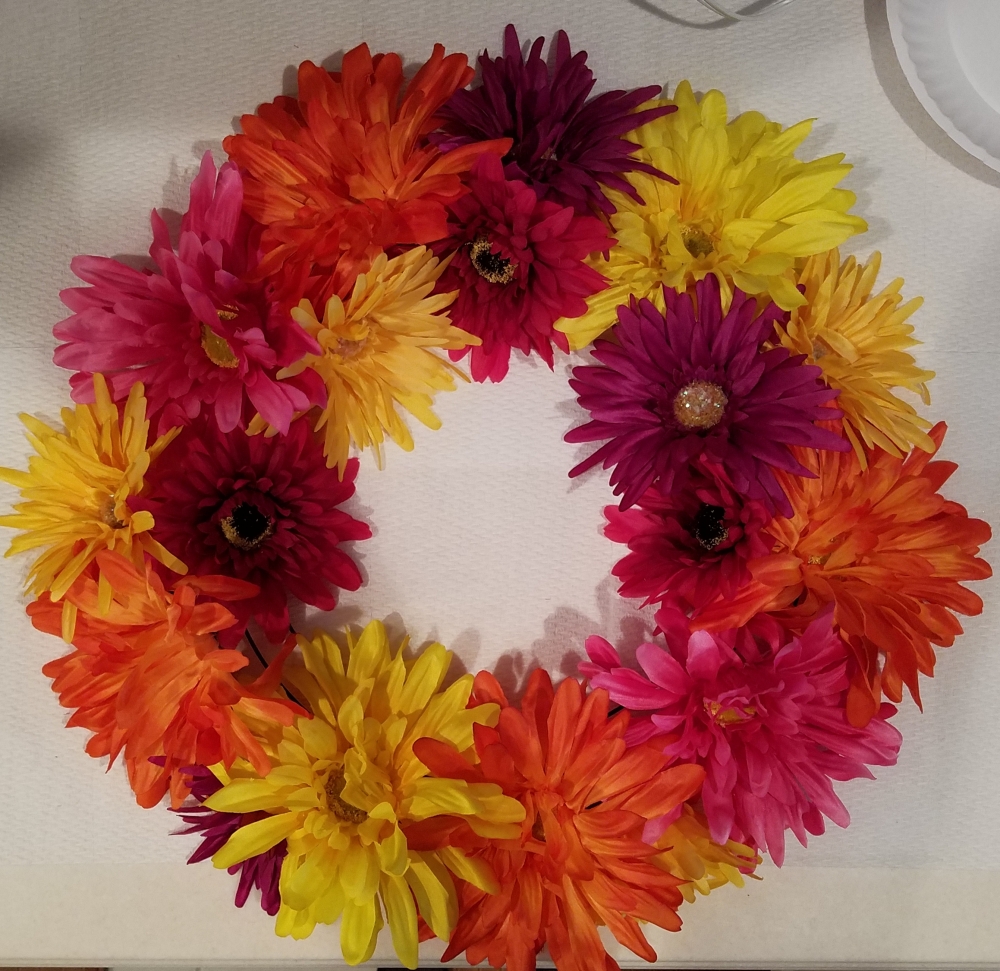 Once I was happy with each flower’s placement, I began hot-gluing them onto the wire wreath form. The flowers were wired onto the completed wreath I saw on Facebook, but I wanted my project to be faster and simpler. So, hot glue it was!!

I then applied hot glue to the backs of each flower and then placed the flower between two wires on the wreath form.

NOTE — The hot glue will drip onto the work surface. I covered my work space with paper towels and then peeled them off of the finished wreath.

Once all of the flowers are attached to the wire wreath form, pull a piece of floral wire through the hole of your signage and attach it to the wreath.

This puppy could be done — but I wasn’t quite satisfied with mine. I felt like it needed just a few leaves. So I dug the leaves out of the garbage and glued a few on.

Done! Cute, isn’t it? And it only took about 30-minutes to make it!